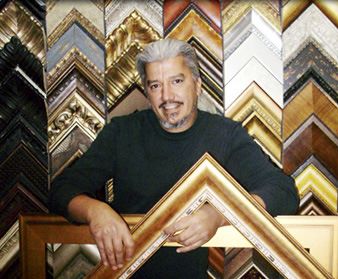 Victor Ovelar was born and raised in Paraguay, South America, and moved to the United States in 1989. He received his citizenship and followed the "American Dream" by opening his own Studio in 2000.

Victor's love of art led him to a career in Custom Picture Framing. His eye for color and craftsmanship promises you a great quality frame that blends well with your artwork.

For more than a 20 years, Victor has built a loyal following due to his personal service and eye for detail. He is known for giving his clients his undivided attention while assisting in choosing just the right frame, mat and glass for their art and memorabilia.